“This report demonstrates just how damaging Brexit would be to the City and the British economy as a whole. Britain would lose the ability to trade freely across Europe and would have no influence over the rules.

“It makes clear that the financial services would be one of the sectors hardest hit in Britain. We already hear of banks looking at property overseas in order to be ready to relocate if necessary. Given that a tenth of Britain’s taxes come from the City, leaving the EU would be a huge blow to our economy.”

BNE responds to British Chamber of Commerce poll on the EU

Responding to the survey published by the British Chamber of Commerce on Britain’s place in Europe, Lucy Thomas, Campaign Director of Business for New Europe, said:

“The overwhelming majority of British business leaders want to see the UK remain inside a reformed European Union, and focus on cutting down red tape and streamlining the institutions, not put jobs and growth at risk by walking away.

“But the results of this survey by the BCC are a stark reminder that businesses would not carry on as normal if we left the largest market in the world. Nearly half of the businesses surveyed say that if Britain were to leave, it would have a negative impact on their ability to grow, with only 14 per cent saying it would be beneficial.

“Business leaders know that a British exit from Europe is not a risk worth taking: we still face a tough economic climate so it makes no sense to put jobs and investment in jeopardy here in the UK.

"Businesses have a vital part to play in this referendum debate, making clear the impacts and implications of Britain shutting itself off from its largest trade partner. Businesses are stronger because of our EU membership and it is right that they should have their say.”

Notes to Editors:
In a recent survey conducted by the Chartered Institute of Management Accountants:

In a recent survey conducted by the Institute of Chartered Secretaries and Administrators:

Small UK firms are split over whether to stay in the European Union or not, according to a survey of thousands of businesses.

"Once again UK businesses have made clear that they support Britain remaining a member of the European Union.

"The report from the Federation of Small Businesses highlights the deep concern that many of its members have about a possible British exit, and the FSB's commitment today to have a 'strong voice' in the referendum debate is a welcome commitment.

"As the referendum campaign fires up, it is vital that businesses large and small continue to make their voices heard. Businesses are stronger because of our EU membership and it is right that they should have their say.

"Small businesses employ over 15 million people in the UK, and they rely on our place in Europe. Walking away from the world's largest single market would be bad for business and bad for Britain."

BNE in the Guardian: 'UK businesses should highlight upsides of staying in the EU, says pressure group'

Roland Rudd, of Business for New Europe, says there is a clear obligation to talk about the implications of a Brexit.

BNE in City AM: 'Anti-Europeans do UK voters a disservice by obsessing about process not policy'

BNE Chairman Roland Rudd writes that, unlike eurosceptics, pro-Europeans are relaxed about the rules of the EU referendum. Instead, they want to get out and win the argument.

Read here: 'Anti-Europeans do UK voters a disservice by obsessing about process not policy'

This short briefing aims to clear up a set of common misconceptions about Britain’s EU membership that are often used by Eurosceptic voices to instil insecurity about our place in the EU.

BNE in City AM: 'EU spending on self-promotion sparks outrage'

The European Union spent €664m directly on publicity and communications in 2014, according to a new research paper from eurosceptic group Business for Britain.

Ulster says ‘yes’: the people of Northern Ireland know that they are better off in 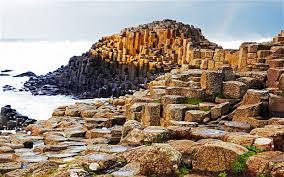 In the 1975 referendum on UK membership of the European Economic Community, the result in Northern Ireland was on a knife-edge. In contrast to the rest of the country, which saw overwhelming support for staying in, the ‘Yes’ campaign won with just 52% of the vote.

How times change. A new poll, commissioned by one of Northern Ireland’s biggest banks, has today shown great enthusiasm for the UK’s place in Europe. According to the poll, 58% would vote to stay in, compared to just 16% who would vote to leave. This should not be a surprise. It is clear that EU membership has been overwhelmingly positive for Northern Ireland.

Take the economy. Nearly one in ten of Northern Ireland’s exports are sold to the Republic of Ireland – a much higher proportion than for Britain. What’s more, it is a growth market for Northern businesses, with a 10% increase in exports in 2013/14. The taxes and red tape that would ensnare Northern Irish exporters following a Brexit would prove deeply damaging.  It is little wonder a Stormont study earlier this year found Brexit could cost Northern Ireland £1bn a year.

Foreign businesses invest in Northern Ireland, as they do in the rest of the UK, to sell to the European market. If we fell out of that market, it would become that much less attractive to investors. This is especially true given the proximity of the Republic, with its 12.5% corporation tax rate and long history of hosting foreign companies. Indeed, it has been reported that aerospace giant Bombardier, Northern Ireland’s largest company, could reconsider its position in the event of a Brexit. And the Irish government is hopeful of picking up an extra €15bn in foreign direct investment should the UK quit the EU.

Northern Ireland is a huge net beneficiary of the EU budget. Due to its relative poverty and large agricultural sector, it received €2.4bn from Brussels over the 2007-13 period, and is expected to get €500m in cohesion funding over the next five years. This funding is spent by the Northern Irish Executive on projects that create jobs and growth. A good example is the new Giant’s Causeway Visitor Experience, to which Brussels contributed £6.1m. It has proved to be a pillar of the local economy, attracting 320,000 visitors in its first six months alone.

The land border with the Republic of Ireland is one of the things that sets Northern Ireland apart from the rest of the UK. With the abolition of border controls, popping across the border to do some shopping or fill up the car, or visit friends, has become a way of life. Were the UK to leave, the Common External Border of the European Union would suddenly run through the Ulster countryside. This would undoubtedly disrupt the flow of people and goods across the border.

The EU has played a role in developing the Northern Irish peace process. The PEACE programme has brought together individuals and organisations from both communities, and from both sides of the border. Additional EU funding provided €225m to build a shared society in the Province over 2007-13. More importantly, shared membership of the European Union has given the UK and the Republic of Ireland a platform on which to co-operate and build trust on all issues, contributing to a warming of relations. A Brexit could destabilise the harmony that has developed between London, Dublin and Belfast.

It has repeatedly been said, by Scottish nationalists and unionist alike, that a British exit from the EU could lead to another referendum on independence. Likewise, we should not rule out the possibility that, were Northern Ireland to be wrenched out of Europe against its will, a resurgence in support for Irish unification could take place. This would prove a further blow to the precious stability that Northern Ireland has achieved over the past 20 years.

The importance of the EU to Northern Ireland is appreciated by its people. They realise that being part of the world’s largest market creates jobs, that the free movement of people makes life easier, and that Brussels looks after places that have historically struggled. And they realise that leaving would put all of these advantages at risk.

July 30, 2015 6:09 PM
The infighting between different anti-European groups vividly demonstrates the chaos that would follow a British exit from the European Union, says Business for New Europe. The pro-European business campaign was commenting on reports today that eurosceptic groups were arguing over which would lead the referendum campaign, and also today's speech by Nigel Farage.

“The confusion between the various groups vying to lead the out campaign shows just how much chaos there would be if they got their way and took Britain out of Europe. If they can’t even agree which of them is in charge, how can they ask the British people to trust them with our future?”
“As Nigel Farage has said, he has been waiting a lifetime for this referendum, but he’s only just woken up to the fact that his own side believe he is a liability not an asset.
“In this referendum campaign, the choice facing Britain is about our country’s future and our place in the world. While the out camp squabble about Nigel Farage’s role, the British people want a serious fact-led debate about their future.”
(Read more)
Share